Churches need to consider this question because there are significant practical differences between employees and office-holders and a number of recent cases may mean that pastors who thought they were only office-holders may actually be employees.

The table below sets out the main differences between office-holders and employees.

A full list of the differences between office-holders without an employment contract and employees is available here.

Change in the case law

In the past the courts said there was an assumption that pastors would be office-holders only, unless they had been given employment contracts. However, a number of recent cases indicate that in many Independent churches, pastors who are paid for the work that they do may well be regarded as employees unless the church is able to show that it had no intention to enter into a contract with the pastor and can give a compelling reason why the pastor should not be an employee. If your church and your pastor both believe that the pastor should be an office-holder only, you need to ensure that this is clearly set out in the church’s governing documents for this to be respected by the courts.

Readers may be aware of the case of The President of the Methodist Conference v Preston. This case went all the way to the highest court in the UK, the Supreme Court. The Supreme Court delivered its judgment on 15 May 2013 and held that Ms Preston, a Methodist minister, was not an employee. In delivering this judgment, the Supreme Court overturned the earlier decisions of the Court of Appeal and the Employment Appeal Tribunal regarding the same dispute. However, this decision of the Supreme Court should not be seen as restoring the presumption that pastors will be office-holders only. This decision actually highlights the importance of ensuring that a church’s governing documents reflect the doctrines of the church: the Supreme Court reached its decision that Ms Preston was not an employee through detailed consideration of the Methodist Church’s governing document.

Office-holder vs. Employee – the difference in the relationship

An office-holder relationship is different. The tasks that an office-holder is required to perform are defined not by the reasonable instructions of an employer but rather by the office itself, and the rights and duties attached to the office do not arise from negotiation between the office-holder and the organisation that the office-holder serves; they arise from the rules/constitution of the organisation. To quote Lord Hope in the Preston case, “Broadly speaking… an office is a position… filled by successive incumbents, whose duties were defined not by agreement but by law or by the rules of the institution.” For example, the duties of a company director are defined by the Companies Act 2006, case law, and the constitution of the relevant company. A person who becomes a director of a company does not automatically become an employee of the company but rather becomes the holder of an office within that company. The company may remove a director if it does not like the way that the director is fulfilling the duties of the office, but there is not normally a master/servant relationship and a director is not required to follow the reasonable instructions of the company in carrying out his or her duties.

Independent evangelical churches will form different views on this point according to their ecclesiology and their views on the extent to which the church’s legal structure should reflect the church’s theological beliefs. FIEC allows member churches to form their own views on this issue.

Therefore, if your church does have theological reasons for insisting that its pastors are office-holders only and not employees you should ensure that your governing documents reflect this. We have considerable expertise in this area. We can help your church to amend its governing documents to deal with this issue including providing advice on how to approach the Charity Commission to obtain their agreement, which will almost certainly be required.

This information has been provided by solicitors working for Edward Connor Solicitors. It is designed for the purpose of knowledge sharing only and does not constitute legal advice.

Please give us a call if you want to talk through your requirements and find out how we might be able to help you.

call us email us

Mark advises Christian organisations and churches on all aspects of employment law, including discrimination, data protection and human rights issues. 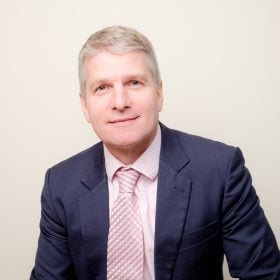